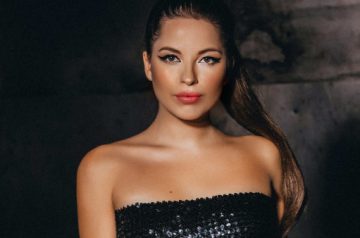 Becoming a mother in 2019 might have been a big life change for Ukrainian producer and DJ Miss K8, but if anything it’s made her more successful than ever since coming off maternity leave to start touring again after just three months. This year, as well as spending time at home in Kyiv with her daughter and having fun with the family, she’s also been busy in the studio. A collaboration with Angerfist, ‘Break Of Dawn’, came on Masters Of Hardcore, which follows their EP together on the same label last year, and is the home for many of her fast-paced hardcore productions. This year also saw her remix Furyan and collaborate with D-Fence, and as well as playing various live streams, the gigs have come back with a vengeance. She’s played at an impressive run of festivals this summer including Elektric Festival in France, Planetlove in Belfast, Delta Festival in Marseille, plus the protest parade in Amsterdam named ‘Unmute Us’ which was a march in response to the Dutch Government’s temporary ban on large scale events.

How was your first gig back after lockdown?

“Overwhelming, it was in the south of France, and the crowd was as wild as ever!”
How have the last 18 months changed how you view your work/life balance?

“I enjoyed only the first few months of lockdown. I could breathe out after a long period of intense touring, but the rest of that time I wanted to be back on stage doing what I love.”

What’s the best bit of tech you’ve added to your studio or DJ setup this year?

“My headphones and some recording hardware.”

“Radical Redemption ‘The Chronicles Of Chaos’.”