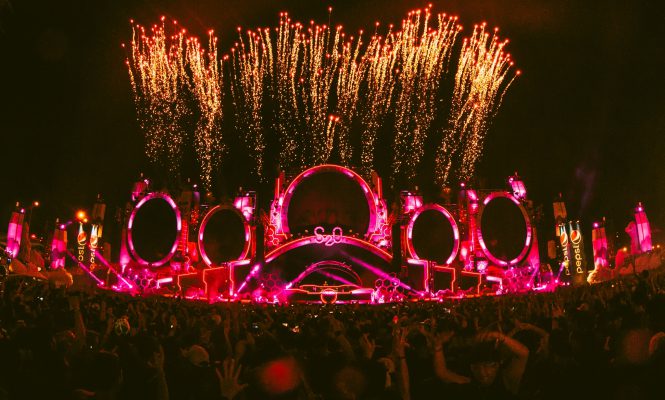 A visit to the two water-splashing EDM festivals of Thailand

Thailand also celebrates the lunar New Year. Every year, the lunar new year is celebrated around Buddhist countries in South East Asia including Taiwan and Myanmar. April in Thailand is the time of the year where you can feel the spring breeze and summertime energy. That being said, the new years in the country are so much more than just a small family gathering—the entire country goes wild as people flood the streets to enjoy the festival. The quintessential part of the celebration is Songkran, the world’s largest three-day water festival held every year in Thailand’s major cities.

The name Songkran comes from a Sanskrit word meaning ‘passing’ or ‘approaching’ and it symbolizes the passage of the sun from one zodiac to another. During the three days of festivities, crowds of locals and foreigners roam around throwing buckets of water at cars passing by, using water guns and soaking everyone in the vicinity. In addition to Songkran festival that might evoke one’s childhood memories of dabbling in water, EDM festivals coinciding with the Thai new year are also on the list of highly anticipated events. DJ Mag Asia visited two amazing events—S2O Songkran and Siam Songkran Music Festival—to deliver the news of what is believed to be one of the hottest festivals in Asia. 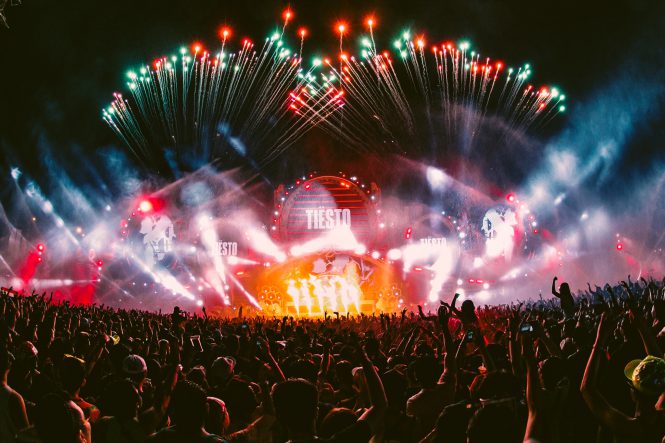 A major part of the events during Songkran festival is S2O Songkran Music Festival that takes place for three days from April 13 to 15. Returning for the fifth edition this year, the largest festival in Thailand lived up to its fame as thousands flocked to the event. Live Park, the venue of S2O, was swarming with merchants selling water proof raincoats, sunglasses, and alike alongside numerous attendees who were getting ready to get soaked.

A gigantic stage and streams of water came into my sight as I entered the festival after waiting in a long line. Just by watching at the scene from a distance, the hot summer day seemed to cool off a bit as the festival took the water game on a whole other level, with powerful streams of water pounding the crowds like a waterfall. The giant stream of water was made all the more sensational combined with flashy lasers and colorful lights from the stage—the effects of which reached its height at every drop where it was joined by water cannons. The holy trinity of water, light effects, and music created an unforgettable moment. Everyone went wild, jumping and screaming with enthusiasm, and so were the DJs who also swayed to the rhythm.

As a rare item for Thai shores, electronic music guru Fatboy Slim headlined the first day, leaving an indelible mark on all of the crowd as he ran across the stage with excitement. The second day featured another epic lineup of artists on stage—Rave Radio, Netsky, David Gravell, EDX who left a deep impression on the attendees while electronic music mogul Tiësto closed the stage with his phenomenal set. The final day of S2O, the world’s coolest festival, was ended with Steve Aoki’s unique performance. 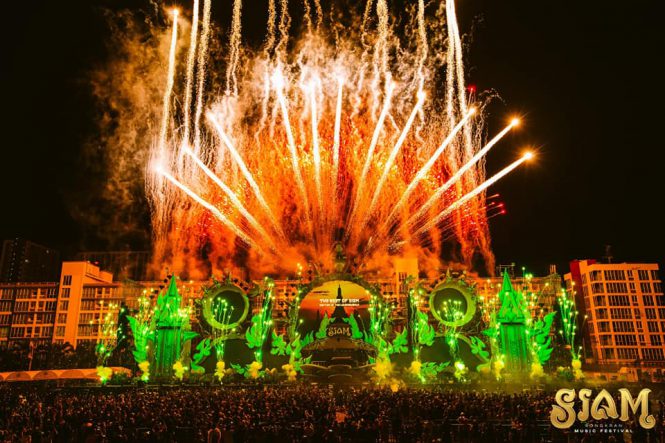 If S2O is crowned the biggest electronic music festival in Thailand, there’s a new contender on the block, and it’s Siam Songkran Music Festival that launched this year. Taking place at Show DC Arena in Bangkok, the festival boasted a stellar lineup despite only being its first edition. The world-renowned Dutch DJ Afrojack, hard style superstar Headhunterz, Dutch trio Yellow Claw, and house legend Fedde Le Grand rocked the stage during the four days of festivities.

Just upon entering Siam Music Festival, the first thing that caught my eyes was the side stage which resembled the shape of a cake. The stage featured a unique design different from any other, and it was an exotic experience to watch a DJ perform on top of a mountain of rectangular structures stacked on top of each other. This cake-like stage felt extra special as the hammocks installed right below the stage added to its appeal, allowing anyone lying on the hammock to feel the heavy bass resonating from their head to toe. Like S2O, the main stage at Siam presented a combination of giant water streams and colorful lights. People in the front row were literally “feeling” the music as they were being soaked by the cool streams of water. The festival showcased the face of a true global event as people flocked from all around the world to get together and enjoy the festival.

Standing alongside the appeal of an amazing lineup and unique stage was the ‘Thai Taste’ F&B booth dedicated to Thai street food. A booth was conveniently set up behind the side stage, offering world-famous Thai dishes. The signature dishes ranged from tom yum soup and roast duck to pork barbecue, pork marinated in Thai spices and more, which were accompanied by music from the side stage. The drinks were also sold in Thai fashion —cocktails weren’t served in your regular festival cups; but they came in baskets that required some heavy lifting for both hands. Drinks were priced reasonably at 500baht (around 15$), and could be customized to the taste as they offered choices of base ingredients. ‘Thai Taste’ offered an opportunity to experience authentic Thai flavors that no other festivals seemed to offer. 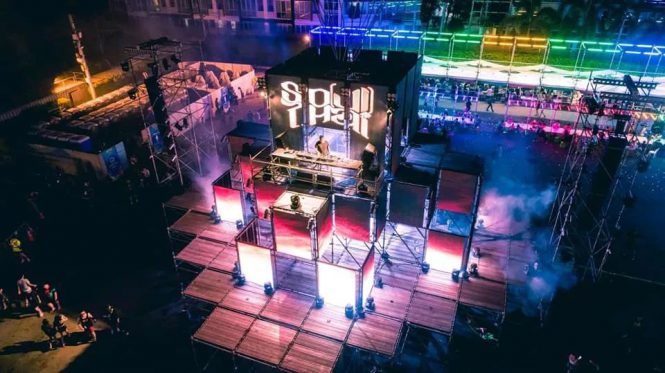 Attendees from all around the world who flocked to S2O and Siam Music Festival were completely soaked by cool streams of water and waves of music presented by a stellar lineup of artists. There was a moment of jealousy as I witnessed how the country has made electronic music festivals as the centerpiece of the already famous ‘Songkran’ event. I look forward to S2O and Siam Music Festival fully blooming as a truly global festival and may wind always be at their back in their progress forward.