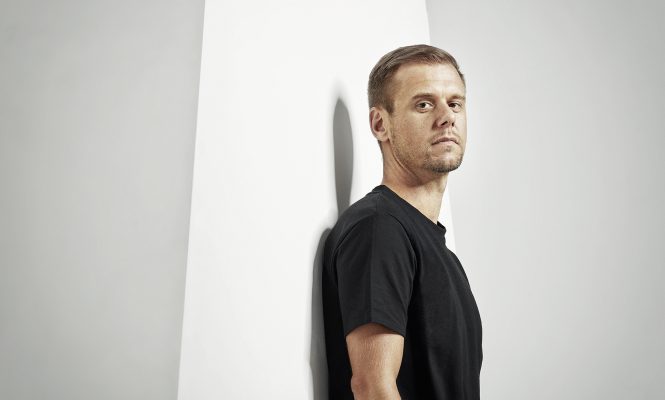 I found my mojo. I’m more productive than ever

These have been some very productive months for the five-time winner of the Top 100 DJs. Lots of releases have been coming out, going from psytrance bangers to pop ballads, helping breakthrough artists and working with long time established acts. With the ASOT 1000 ceremony on the horizon, DJ Mag ASIA talked with him about this amazing present he’s living.

Let’s talk about this week. You have a lot of things going on. You were the surprise DJ at the DJ Mag Poolside Sessions party!

“Yes, it was great. DJ Mag asked me and I’m super honored because they make a big thing every year to have a special guest and the relationship with DJ Mag has always been great. I owe a lot to them because, of course, the fans voted but the magazine helped me a lot in my career. When I was first voted number 1 DJ in the world it opened a lot of doors. So I think you have to be a little bit thankful for that and that’s why I made an appearance yesterday. Is great to sit down with Carl (Loben) and all the guys behind DJ Mag, and it’s great to see DJ Mag expanding worldwide, which is great for dance music culture. Specially, in Asia! I don’t know what’s happening there but dance music seems to be exploding in China, right now. It’s incredible. I’m so happy about that!”

Was this a surprise for you?

“Yes! I mean, trance music has always been big in Japan, specifically. I’ve always been coming to Japan playing a lot in Osaka, Ageha, and many different festivals in Tokyo. I really learned to appreciate the Japanese culture. Is a very different country but people is lovely and I’ve always had massive support there so I’m really thankful for what happened to me in Japan.”

And how are the things right now? With the EDM explosion, are they more attached to dance music nowadays?

“Maybe. Obviously, EDM appeals to a younger crowd but dance music has always been big in Japan. More than in other countries, I would say. It’s not always been at the peak but it had its ups and downs. I remember being at Japan in 2001 for playing sold out venues in many different clubs in Japan. And the crowd response has always been amazing! I’ve always had a Japanese fan club and people will follow me around so, yeah, it’s exciting. And I see people is really excited about my upcoming show at EDC… Ultra Japan was crazy! It was amazing. It was one of my favourite gigs from last year. It was so big!”

When you do this kind of shows, you stay for one or two days but here in Miami, you have a week or more…

“Yes, it’s the exception. I do six gigs here instead of one. I have a lot of interviews and press but I’m also meeting a lot of people here. It’s important that I can meet some of my colleagues and it’s the only time of the year I actually get to see other DJs playing as well. So yeah, its exciting!”

“Yes, not many but, you know, many of them are my friends… Yesterday I was able to see Don Diablo and Nicky Romero. It’s great to have some time and be able to see these DJs play. They are amazing artists.” 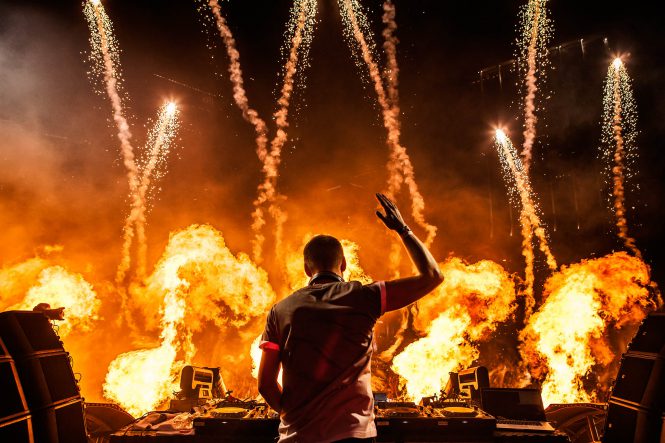 “So, I guess, in an ironic way, I’m more productive than ever being a father.”

How do you prepare for this week?

“Well, if dance music calendar would have a new year, it would be Miami. It’s the starting of the season. I’ve been home for two months. I spent January & February not gigging at all. I was with my family. I have a daughter of seven and a son of five. I have to take the kids to school every day and I make it a thing that I actually do it myself, I give them breakfast, I put them on my bicycle and take them to school. And I come back home at 8.45, and I’m done! So then is when I get into the studio! Before we had the children, me & my wife we’d get up at then, have breakfast, read the newspaper, go to the gym, then have lunch… So I’d be in the studio by 3 or 4. And then at six we were having dinner. So now I have two children and at twelve o clock I already have half of the day behind me, and I already finished a track or started producing… So, I guess, in an ironic way, I’m more productive than ever being a father.”

They ordered your life.

“Yes! Is very good for my balance. Having a family life at home and having a studio at home, which I’m really blessed about. I can work whenever I want to and I can stop the same way too. So my wife says ‘I need your attention’ and we can all go to the living room to spend some time together. I’m making a really big point on spending time with my wife as well because is very easy for your relationship to sort of fall between the cracks because you prioritize everything, from your children to your career. We try to have quality time together. I’m a very lucky guy that I’ve found a woman like her.”

Did you have that concern of balancing your life at the beginning?

“I never think I’d be a popular DJ at all. There were so many great DJs out there. It really surprises me that after so many years I’m still here. I consider myself a very lucky guy.”

Remember that time when you started thinking you may be able to live from this?

“Yes, I remember. It was the second time they booked me at Cream, in Liverpool, on the Courtyard, which was a legendary venue. Unfortunately, it has gone. It was the first time I saw a crowd dancing to my music. It was next level. It was a legendary venue, Cream, in the Courtyard, in Liverpool… It was one of those moments, you know. I can say I’ve been there. I remember finishing the gig and going home with my body full of adrenaline and I sat in the bathtub because I couldn’t even shower. I sat there and I started thinking ‘this can become something’. This is what I’ve always dreamed. And at that moment I felt I’ve already accomplished a lot and twenty years later, I’m still here.” 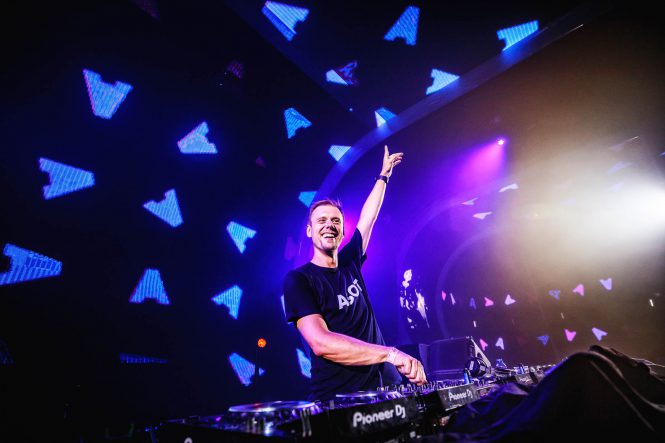 “It really surprises me that after so many years I’m still here. I consider myself a very lucky guy.”

So you’re again on the release path going all directions! The sound range is huge! What do you want to achieve this year?

How do you manage to do all this music with your tight agenda?

“I found my mojo. I’m more productive than ever. I’m having an amazing time. I work with an amazing team of people. They help me, you know. You’re talking to Armin Van Buuren but behind me there’s an amazing team that help me. There are discussions and debates about the decisions to make. A lot of decisions are made for me and this is great. Obviously, at the end of the day I’m responsible for my own career but I’m blessed with a great team of people around me.”

And talking about people around, you’re doing lots of collabs. What is your approach on that?

“It’s a very simple rule. In Holland we say ‘two know more than one’. So, if you work with somebody else it can actually open your horizon a little bit more. Like working with W&W. They are amazing producers but sometimes they are stucked with a track and I’m like ‘OK, maybe if we add this’. I always have ideas for songs that I hear! Not perfect ideas but sometimes it work. Some artists they feed off of that. For instance, the collaboration with Above & Beyond, ‘Show Me Love’, it was so exciting to work with them because I have a lot of respect for Above & Beyond and their label and being in the studio with them I learned so much. Their approach and the way they do things over the last 20 years is different than mine. They use different synths, they have different mastering techniques and they look at arrangements differently… So, I’m just learning. It’s more about Armin Van Buuren learning rather than Armin Van Buuren releasing as much music as possible. I’m having fun.”

“I feel right now that it’s time to give back to the earth.”

You are having fun, the team is working better than ever and ASOT is not only going strong but is about to hit an amazing milestone…

“Yes. I can’t talk about the plans for ASOT 1000. First we have 950 coming up! I’m doing the photoshoot next week. But yes, we’re already working on it. What I can say is that I want to involve a good cause and do charity. Because I feel right now that it’s time to give back to the earth. We’re already doing it with bracelets made from remains of plastic soup that is the plastic floating on the ocean which is a big concern for our food system. So if you buy these, all the money go to organizations that support the cleaning of our oceans. And it’s not just plastic. The other day in our radio studio I had a foundation that have an action against noise pollution in the arctic because apparently whales and dolphins are having trouble to find each other. This is dangerous for our food cycle also… This are just a few things but I want to make a big point in ASOT 1000, to give back to the planet. Our future generation should be able to live here in happiness and health.”