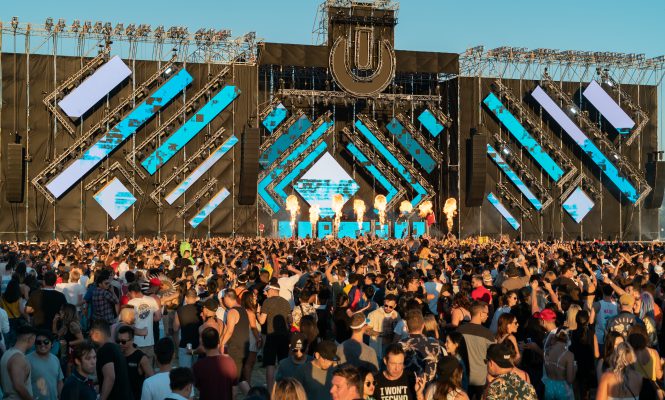 With big acts, Ultra Australia made its debut in Melbourne. DJ Mag Asia was there to live the experience…

There is probably no other event that embodies the expansion of Ultra better than its Australian edition. Touching down in Melbourne and Sydney –the country’s two main cities–Ultra Australia is a clear example of the drawing power of a phenomenon that is now 20 years in the making. At least that was our impression when the giant announced plans to land in Oceania.

The first step had been the 2018 debut of ‘Road To Ultra,’ the single-day event that the brand uses in new regions to assess whether they are suitable to host a full-scale festival. The event laid the groundwork for an idea that would come to fruition the following year. So, last year, this single-stage event held in Melbourne with headliners such as Afrojack, Axwell Λ Ingrosso, Carnage, KSHMR and Andrew Rayel was the final confirmation that the country is no only well prepared to host a celebration of this kind but also that the future is bright for Ultra festival there.

One year later, following the experiment’s approval, Ultra descended in Australia again – this time as a full-scale festival and, like the South African edition, as a two-day event in different locations: Saturday in Melbourne and Sunday in Sydney. So, in the height of the Australian summer, we headed to Victoria’s capital to experience day 1 of the Ultra experience, one that promised to be a big success.

The Melbourne edition took place on Saturday February 23 at Flemington Racecourse, a large venue in the city. Luckily, the weather turned out fine for the event: sunny with 29 degrees C, so attendees were wearing comfy summer clothes as they set about to spend a perfect day under a blue and cloudless sky. You could see the excitement in the faces of the young Aussies that swarmed into the venue to enjoy everything that this kind of event offers. This edition of Ultra Australia boasted a large number of headliners, something unusual in the city’s event offering, which is generally comprised of one-act shows. 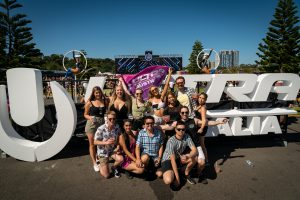 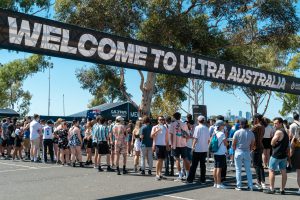 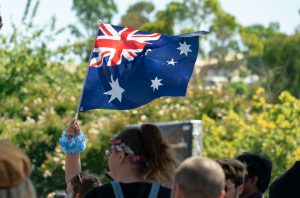 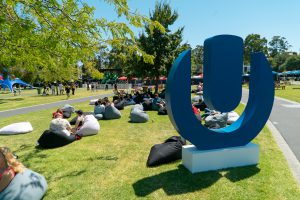 Broadly speaking, the venue seemed to be in a convenient location, and once inside, the layout seemed well thought-out. The main stage was some 400 metres from the main entrance where, by 3 pm, a sea of people were filing in, holding banners and wearing costumes and tons of glitter. As we got closer to the main structure, American DJ Slushii was mixing his music before thousands of attendees, and many others were heading in that direction from the entrance.

The Main Stage, with its giant “U” logo centrepiece, was one more sign of the top-tier production of this festival, a characteristic that spans all editions. Tens of metres of stage front were filled with screens in various sizes positioned in an oblique way, providing a great setup for the music.

Halfway between the main stage and the entrance was the pathway leading to the other two stages: Resistance and UMF Radio. A few minutes into Joris Voorn’s set, in the house and techno tent, we headed off to check out the design of this space, one of the most attractive to our eyes. We got there in time to listen to the last few minutes of experienced

homegrown talent Boogs, who was haranguing the crowd before ending his performance. In the best tradition of Resistance, the stage seemed hard to rig. It was open-air –thank goodness the weather wasn’t bad– with four screens on each side leaning over the floor, creating a closed environment and a kind of air-tight feeling, in spite of the bright sunlight. By the time Joris Voorn took to the decks, everything seemed in order, and the ravers who were there to listen to the Dutch artist would later enjoy a back-to-back set by Nicole Moudaber and Dubfire, as well as Swedish talent Adam Beyer’s closing act. 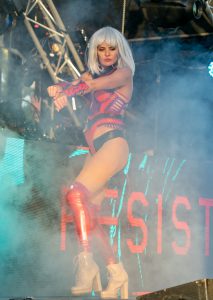 Once we were acquainted with the stage layout, and after dancing to Joris’ music, we walked back out to finish the venue reconnaissance. The Australian crowd was well-behaved and one thing about the festival’s future was clear: Ultra Australia is here to stay. Now, after seeing the vastness of the Main Stage and the always interesting Resistance stage, we still had to check out the surprising UMF Radio stage.

By 6 pm, perhaps as a result of a strong sense of belonging, or perhaps due to the comradery of the locals, this space was more crowded than Resistance. It was a surprise to us, but apparently, to no-one else. This homegrown talent was playing happily for a crowd that knew his music and was there to give their support. We took in that special connection between artist and audience for a while, as the sun seemed to sit still over the racecourse, a bit past 6.30 pm.

Having walked round the whole venue, we went back to the main structure to enjoy one of the always-attractive main dishes in EDM’s menu: young DJ Martin Garrix and his signature big room, after an energetic gig by the veiled Marshmello for an effervescent and colourful crowd. All through his 90-minute show, the young Dutchman treated fans with his greatest hits, including a few recent tracks such as ‘No Sleep,’ featuring Bonn, and other more up-tempo ones, such as ‘Turn Up The Speakers,’ combined with fire and pyrotechnics, even though the sun was still shining bright, putting a dent on the lighting design.

When the sun began to set, the festival was in its final stretch, and while The Chainsmokers took the stage to deploy their pop hits arsenal as the closing act of day 1 in Australia, we finally headed off to see the workings of the Resistance stage in the warm evening. In all its splendour, the screens and lights were prominent during the techno set of Sweden-born Adam Beyer, who was hypnotizing the audience almost one hour into his show. 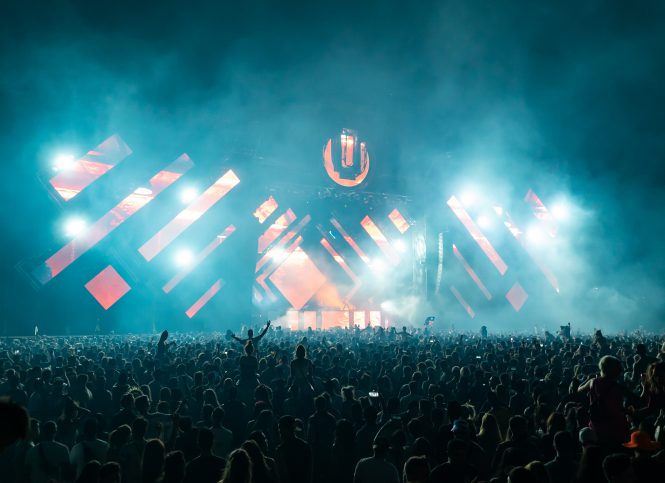 Well into the evening, one hour before the end of day 1, all we had to do was enjoy. The thankful crowd seemed to confirm this, and by the look in their faces, it was clear they would like to attend this event in the coming years. With big names, world-class production and a considerable crowd turnout, Ultra Australia had come to conquer.